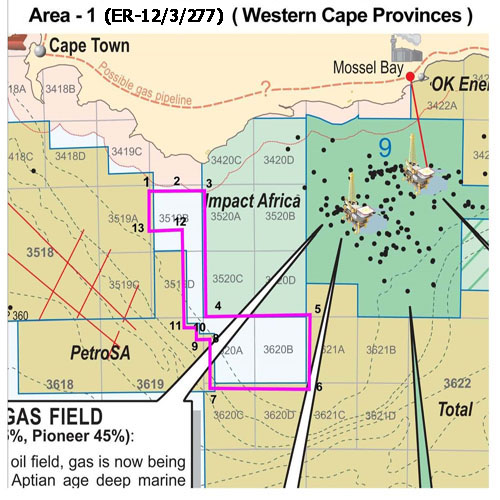 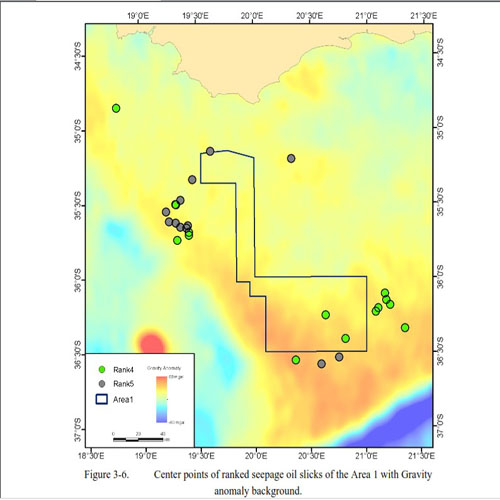 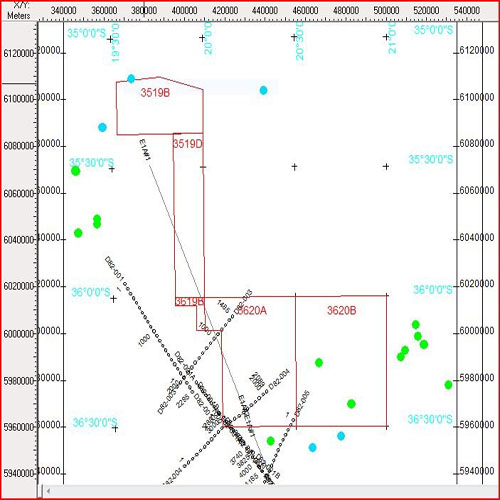 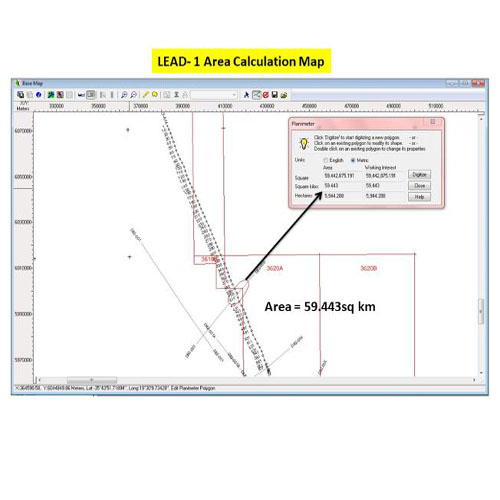 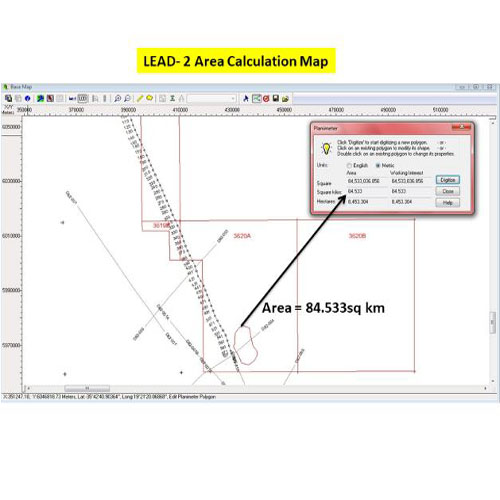 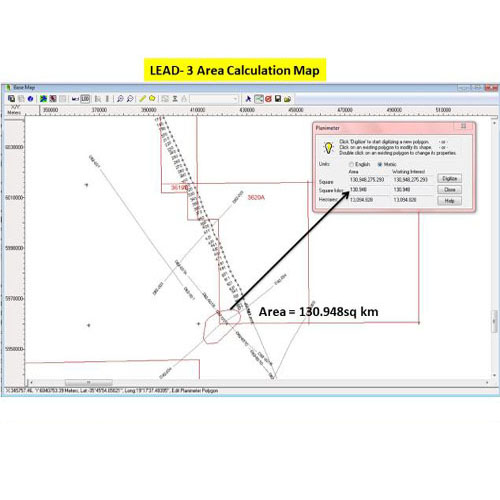 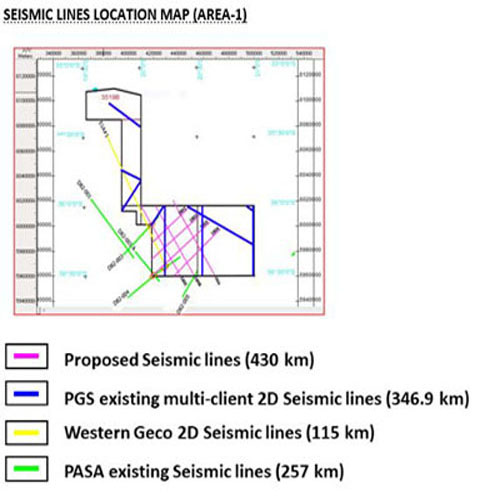 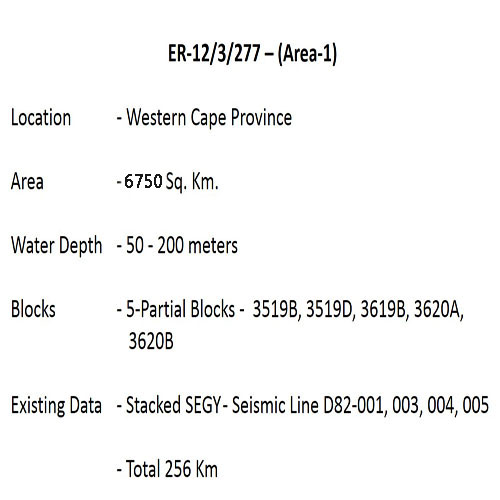 GEOLOGY, STRATIGRAPHY
The Bredasdorp basin is the most southwesterly of four rift basins that first developed during middle to late Jurassic and probably extended onto the adjacent Falkland plateau, which at that time lay immediately to the south and formed part of southern Gondwanaland.

The major fault trend during rifting followed the southeasterly trend of older compressional structures of the Permo-Triassic Cape fold belt. This resulted in the development of the four southeasterly-elongated rift basins separated by basement highs. The other three basins are the Pletmos, Gamtoos, and Algoa basins.

During late Valanginian, right-lateral shear stresses developed along the Agulhas-Falkland fracture zone, a major Gondwanaland breakup structure. Resultant plate movement at the onset of drifting separated the Falkland plateau from the African plate.

The pre-existing rift basins were dissected and subsided, and marine conditions prevailed thereafter. Bredasdorp basin stratigraphy is therefore divided into synrift and drift episodes of sedimentation.

Economic basement in the Bredasdorp basin consists of slates and quartzites of the Ordovician to Devonian Cape supergroup that are extensively faulted and fractured. The northern and southern flanks of the basin are bounded by the Infanta and Agulhas arches, respectively.

These features are elongated basement highs bounded by major fault scarps between which the synrift/drift depocenters were developed .

The Bredasdorp Jurassic-Cretaceous sediments directly overlie basement and fill a number of large southeasterly-trending half grabens. The succession is divided into two sequences separated by an angular type 1 unconformity and the drift-onset unconformity .

The graben-fill comprises a thick accumulation of alluvial fanglomerates and braided and meandering fluvial sediments that were deposited contemporaneously with faulting. Tuffaceous interbeds in this sequence indicate intermittent volcanic activity. The early graben fill is of Kimmeridgian or Portlandian age.

The first marine sandstones occur within the synrift succession, where they are interbedded with lagoonal and fluvial claystones. A thick marginal marine sandstone complex caps the sequence. This complex is well known from boreholes on the flanks of the basin and is an extensive regressive coastal barrier bar system of early Cretaceous age.

These sandstones form the major gas reservoirs of the north flank gasfields where the F-A gas field is currently being developed. The rift fill is truncated by the rift/drift unconformity , which is most erosive on the basin flanks. The synrift succession is intensively faulted and folded in places.

The drift sequence, deposited after the major rift/drift unconformity is characterized by deep-marine poorly-oxygenated conditions. The early drift succession from seismic horizons is an onlap, infill succession of deep marine claystones and sandy turbidites of Hauterivian to Barremian age .

Gas prone source rocks occur in some north flank wells and are expected to be present in the center of the basin but have not been intersected.

Barremian to mid-Aptian sedimentation was characterized by strong shelf progradation from the northern margin of the basin. Marine claystones are interbedded with shelf shoal sandstones around the northern rim and with deep marine fan lobe and channel sandstones in the central basin,During the Barremian low sedimentation rates resulted in the deposition of dry to wet gas prone and locally oil prone organic rich shales in the sequences that sourced gas accumulations in the basin .

The mid-Aptian unconformity was followed by a period of sediment starvation over much of the basin during which time organic rich shales were deposited in the central basin area. These wet gas and oil prone shales are the thickest and best quality source rocks in the Bredasdorp basin .

The late Aptian to Cenomanian sequences below sequence show strong progradation from the northwestern rim of the basin. In the northwest, shelf sandstones are interbedded with marine claystone while submarine fanlobe/channel sandstone development occurs, especially in the sequence in the central basin area.

During late Albian to Coniacian, another episode of sediment starvation occurred that resulted in the development of a further organic rich shale interval, but this is thin and mostly immature.

Late Cretaceous and Tertiary sediments are of shelf origin and are generally interbedded calcareous sandstones and marine claystones. By the end of Cretaceous, open shelf conditions prevailed over the entire Bredasdorp basin. Equivalent deepwater sediments are present to the southeast in the Southern Outeniqua basin .

Several Basin Floor fan are associated with in this area. 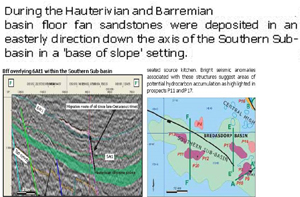 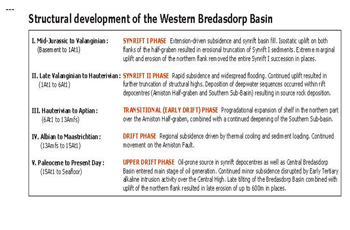 Risk Perception
There is very limited seismic data only 6 lines (372 LKM) which are sparsely distributed in the block.

Resource Summary
Due to limited geoscientific data (especially seismic), resources within the Exploration Area-1 have not been estimated in specific with respect to prospect/ lead.
However, huge oil & gas resources are present in the vicinity of this block.

Source Rock Study
Aptian anoxic source rocks: Available evidence from drilling results suggests that the oil-prone nature of this source rock improves with increasing distance from the shore as one moves away from the diluting effect of the Orange River land-sourced sediment input. Furthermore, the thinning of the overburden to the west brings the Aptian succession into the oil window in the deeper water part of the basin towards the south. It is noteworthy that the thickness of overburden is sufficient to have resulted in good posibility of oil generation in Area-1 Block.

The block Exploration Area-1 falls in the West Bredasdorp basin which has very high prospectivity.
Several major hydrocarbon discoveries have taken place in the near proximity of this block. All elements of the petroleum system are likely to be present. 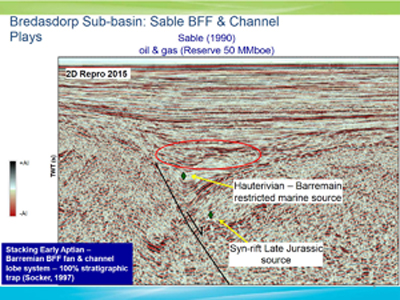 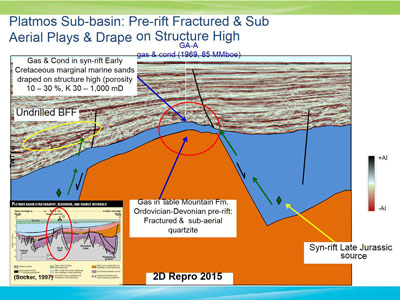 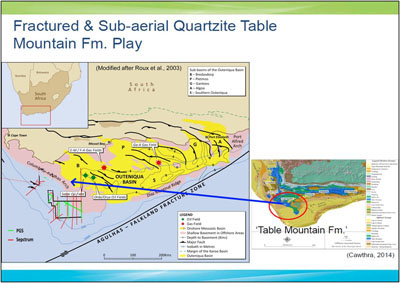 - The block covers an area of 5,344 sq km and falls in the water depth ranges from 50 to 200min West Bredasdorp basin. The basin has very high prospectivity and which contains majority of South Africa's proven hydrocarbons. Several major hydrocarbon discoveries have taken place in the near proximity of this block. All elements of the petroleum system are likely to be present in this block. Further exploration in this basin is expected to yield continued success. There is very limited seismic data, only 6 lines (372 LKM), which are sparsely distributed in the block.

- Four potential leads have been identified based on the preliminary interpretation covering turbiditic channel, Turbidites Fan, canyon fill channel, stratigraphic Wedge and Turbides Fan on the shelf. The estimated resource potential of individual lead could be in the range of minimum 200 to 400 MMBL Oil equivalent as per old data interpretation and reference parameters from the nearby producing oil and gas fields in Western Bredasdorp Basin. 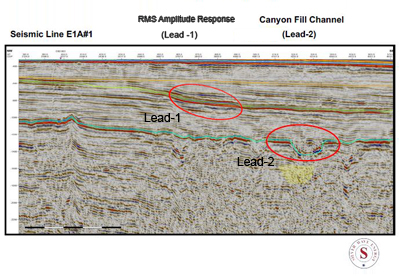 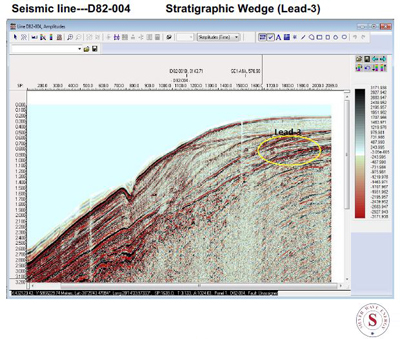 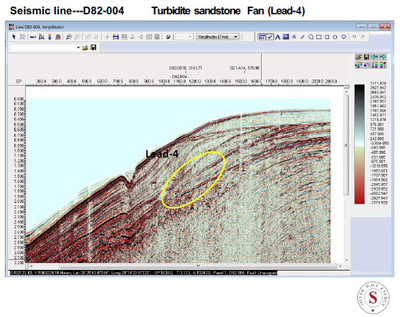